The share of people living in poverty in the U.S. fell to a record low last year, making the emergency pandemic aid look highly effective, if costly.,

We are excited to announce the first in a series of DealBook Dialogue conference calls, which will feature industry experts taking your questions about the big issues of the day. Join us on Tuesday, Oct. 5, for a deep dive into cryptocurrency’s impact on the environment. Are the opportunities worth the costs? For more information and to R.S.V.P., free of charge, click here. 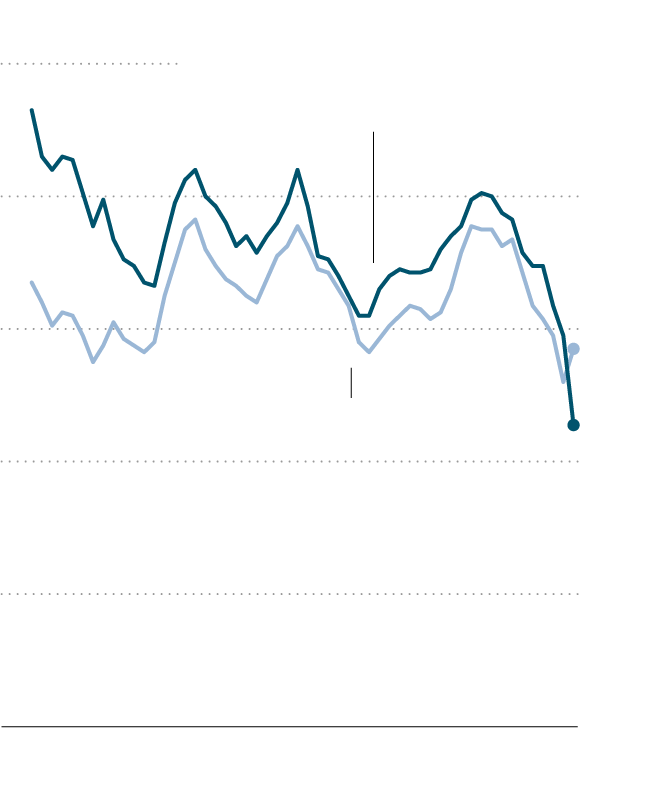 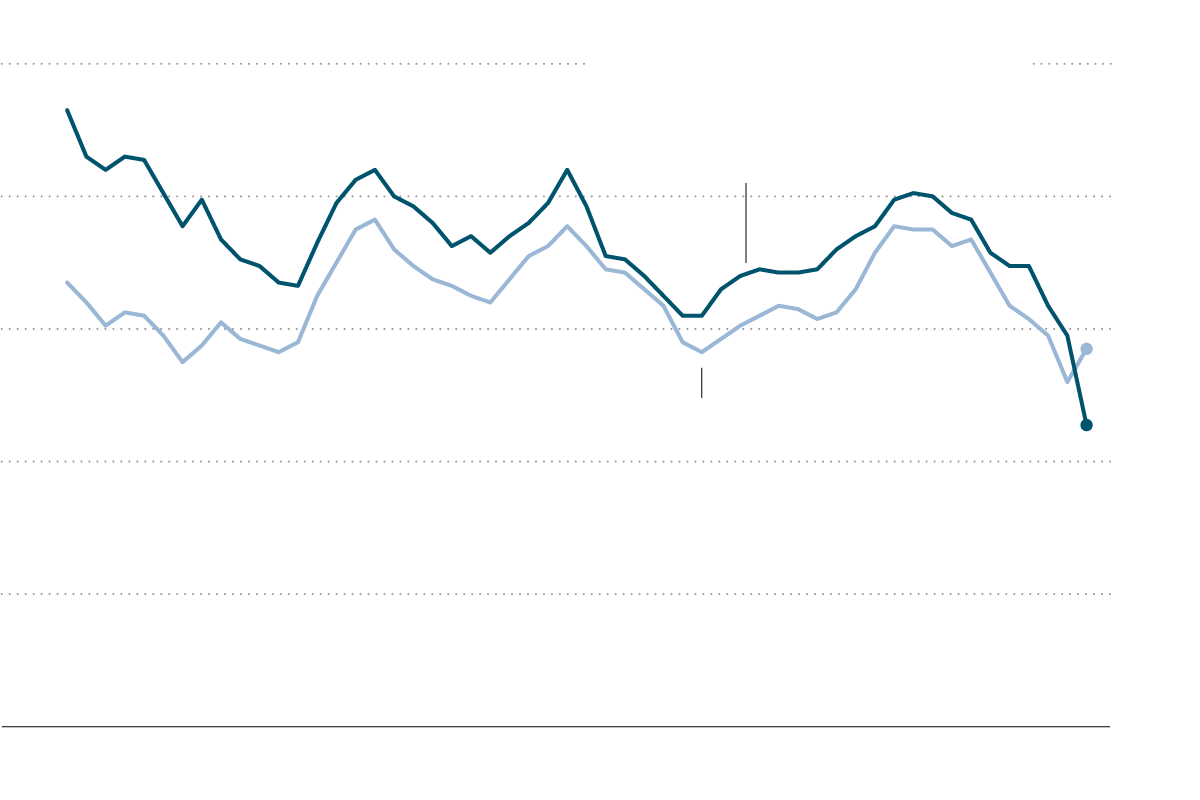 The stimulus and the response

Despite the pandemic, the share of people living in poverty in the U.S. fell to a record low last year — a finding that economists and policymakers across the political spectrum have hailed as a sign that the emergency stimulus program worked.

Robert Reich, the Berkeley economics professor who served as labor secretary under President Clinton, tweeted that the data proved government aid was effective in fighting poverty. Douglas Holtz-Eakin, head of the conservative American Action Forum and a former adviser to Senator John McCain, told DealBook that the recent stimulus was “the best policy response to a recession the U.S. has ever seen.”

There is still room for interpretation. According to the government’s new report, a measure of the poverty rate that accounts for the impact of government programs fell to 9.1 percent of the population last year, from 11.8 percent in 2019. But the official rate, which leaves out some major aid programs, rose last year to 11.4 percent. (The difference between the measures was once a plotline in “The West Wing.”)

So, was the pandemic stimulus the “best”? One thing it has going for it is a seemingly flattering comparison. As David Leonhardt of The Morning, DealBook’s sister newsletter, recently wrote, President Obama’s 2009 economic aid package has long been seen as a failure, even though the economy began growing again within a few months of its passage and it likely helped stave off an even deeper downturn. Government benefits and tax changes lifted 53 million Americans out of poverty last year, more in absolute and relative terms than in 2009, according to calculations from the liberal-leaning Center on Budget and Policy Priorities.

But consider the other side of the ledger. In 2009, the government spent $810 billion on its stimulus. Last year’s increase in government aid was some $1.8 trillion. That translates, very roughly, to around $35,000 per person lifted out of poverty versus $20,000 in 2009, though not all the money in either package went to lower-income Americans.

The debate over cost and efficiency will influence whether the government should spend trillions more, as President Biden and many Democrats now want, to fund more permanent government aid programs. Detractors, including many Republicans, can point to data showing a seeming drop in the benefit per dollar spent as a reason to be cautious. But Arloc Sherman, an economist at the Center for Budget and Policy Priorities, said spending now could save money later. “I would not say the 2020 stimulus was a less effective stimulus,” he said. “But it could have been more efficient and effective if we had a comprehensive and well-designed security system in the first place.”

Gavin Newsom prevails in a recall vote and will remain governor of California. Around 65 percent of voters, according to the latest results, said Newsom should stay in office, defeating a Republican campaign that targeted his handling of the pandemic, especially the shutdowns of businesses and schools. Newsom said he was “humbled and grateful.”

Apple introduces a new line of iPhones, but no major advances. The iPhone 13 is slightly faster than its predecessor, with a slightly bigger screen and better camera. The price is mostly unchanged, as it is for new iPads and Apple Watches. More than 2 million people watched the unveiling on YouTube — Apple’s shares dipped as it became clear the updates were modest.

A former Theranos lab assistant testifies in the Elizabeth Holmes trial. Erika Cheung reported lab testing problems at the company to federal agents in 2015. The whistle-blower affirmed her complaints in court, testifying that outlier results of blood tests were deleted to avoid quality control warnings. “I was uncomfortable processing patient samples,” she said.

A federal judge temporarily blocks New York from mandating coronavirus vaccines for medical workers. A number of health care workers had sued over the mandate, saying it violated their constitutional rights because it had no religious exemptions. In Arizona, the state’s attorney general filed a lawsuit to stop a national vaccine mandate, while Los Angeles is being sued by six L.A.P.D. employees who claim that a vaccine requirement for city workers has created a “hostile work environment.”

Some of America’s biggest companies announce C-suite reshuffles. Denis Coleman was named Goldman Sachs’s new C.F.O., shortly after Bank of America announced changes to its executive team. In tech, Microsoft’s president and top lawyer, Brad Smith, will become vice chair of the board and Uber’s C.T.O., Sukumar Rathnam, is leaving after only a year in the role, after reportedly clashing with the chief product officer.

A timeline of the feud between Coinbase and the S.E.C.

The cryptocurrency exchange Coinbase went public on the same day in April that Gary Gensler, who taught courses on blockchain technology at M.I.T., was confirmed as chair of the S.E.C. Coinbase has embraced regulation of the freewheeling crypto industry — “we’re very excited and happy to play by the rules,” the exchange’s chief, Brian Armstrong, has said — so the arrival of a regulator with deep knowledge of digital assets, like Gensler, seemed to signal that the company and the agency would often agree.

But lately, Coinbase and the S.E.C. appear on the outs. Yesterday, the friction intensified when Gensler singled out the company while testifying before the Senate Banking Committee, after Armstrong had criticized the agency’s approach to crypto. Here’s how the showdown developed:

Sept. 7: Coinbase publishes a blog post revealing that the S.E.C. had said it would sue if the company launched an interest-generating crypto product, called Lend. Armstrong also accuses the S.E.C. of “sketchy” behavior in an extensive tweet thread disputing the agency’s claim that Lend should be considered a security (with all the regulation this would entail).

Sept. 8: The S.E.C.’s investor education Twitter account publishes a 30-second video tutorial on bonds, which some see as a subtweet of Coinbase and Armstrong. Its example security sounds similar to Coinbase’s proposed Lend product, which would offer up to 4 percent interest on holdings of USDC, a stablecoin issued by Coinbase and the payments company Circle and pegged to the dollar.

Sept. 9: “The U.S. is absolutely the best place to build crypto innovation if we can get it right,” Armstrong says. The back and forth begins to inspire memes, a sure sign that the budding feud is gaining public attention.

Sept. 12: Coinbase publishes a “fact check” blog post about its executives’ stock sales around the time of the S.E.C.’s warning about Lend, which led to a fall in the company’s share price. The sales were executed under a rule called 10b5-1, which is meant to insulate executives from accusations of insider trading but has some workarounds.

Sept. 13: Gensler releases his prepared remarks ahead of the Senate hearing. Crypto regulation and 10b5-1 feature prominently: He warns of risks from crypto products and exchanges and says that 10b5-1 needs to be modernized.

Sept. 14: Gensler testifies. When asked about customer protections, he seems to go out of his way to mention Coinbase, saying that it is not licensed to operate as a stock exchange “even though they have dozens of tokens that might be securities.” Armstrong has not since tweeted about the S.E.C. But this is probably not the end of the saga.

“Thiel isn’t the richest tech mogul, but he has been, in many ways, the most influential.”

— Max Chafkin, in an excerpt from his new book, “The Contrarian,” about the billionaire investor Peter Thiel, a “disruption-preaching power broker” who was a key adviser to former President Donald Trump and retains sway over rising Republican stars like the Senate hopefuls Blake Masters and J.D. Vance.

On, the Swiss running shoe company backed by Roger Federer, raised $746 million last night in an I.P.O. valuing it at more than $6 billion. It’s one of a spate of direct-to-consumer brands now going public, with Allbirds, Warby Parker and Rent the Runway also in the pipeline. As On prepared for its first day of trading on the New York Stock Exchange, DealBook spoke with its co-founder Caspar Coppetti and C.F.O., Martin Hoffmann.

On the burst of I.P.O.s of direct-to-consumer brands.

“We’ve been getting ready for this for many years,” Coppetti said. “I think a lot of brands probably feel this is a good market environment to do it.”

Coppetti said the offering would give On funds to expand internationally. “That’s really what’s adding to the compounding of the top line,” he said. The company booked $315 million in sales in the first half of the year, an 84 percent rise over the same time last year.

On the pandemic’s impact on sneaker purchases.

“The pandemic has really increased demand,” Hoffmann said. “More people ran, more people moved in the mountains — but also more people didn’t go into the office in suits and leather shoes, but basically stayed in sneakers.”

Best of the rest

We’d like your feedback! Please email thoughts and suggestions to dealbook@nytimes.com.

U.S. Debt Limit Could Be Reached in Mid-October, Analysts Say

Why Reparations Are Needed to Close the Racial Wealth Gap