The state has reached its highest levels of cases and hospitalizations since the start of the pandemic.,

About a fifth of Kentucky’s school districts have had to temporarily close since classes began last month because of coronavirus infections, an indication of the dire impact the most recent wave of the virus has had on the state.

Kentucky has recently reached its highest levels of cases and hospitalizations since the start of the pandemic, largely because of the highly infectious Delta variant. Hospitals are becoming overwhelmed, and Governor Andy Beshear said on Thursday he was deploying the National Guard to help medical professionals.

The rise in cases has also affected Kentucky’s schoolchildren, hundreds of thousands of whom are under 12 and so not eligible for vaccination. “More kids are getting Covid right now than we ever thought imaginable,” Mr. Beshear said at a news conference on Monday.

As of Friday, 34 of the state’s 171 school districts had closed at some point during the new school year because of infections and quarantines, said Josh Shoulta, a spokesman for the Kentucky School Boards Association.

The Centers for Disease Control and Prevention has emphasized returning to in-person classes, ideally with as many people as possible vaccinated and measures like universal masking in place. But those measures have become politically fraught. On Friday, anti-mask protesters demonstrating against Washington State’s mask mandate in schools forced several to close in the southern city of Vancouver (named for the same 18th century British sea captain as the younger but much larger city in Canada).

Many states are in the midst of their worst wave of the pandemic since last winter, and children are very much a part of it. According to data collected by the American Academy of Pediatrics the number of cases in children increased exponentially, up from about 38,000 cases the week ending July 22 to nearly 204,000 for the last full week in August. Pediatric Covid hospitalizations are soaring. 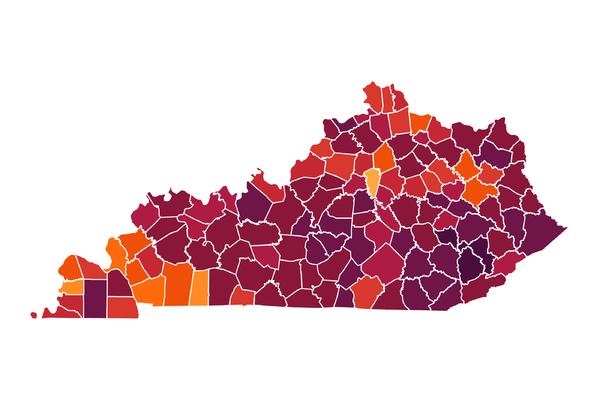 See the latest charts and maps of coronavirus cases, deaths, hospitalizations and vaccinations in Kentucky.

In August, Governor Beshear, a Democrat, rescinded an executive order mandating masks in schools after the state Supreme Court upheld laws passed by the Republican-led state Legislature limiting his power. However, Kentucky’s Department of Education has a mask requirement in place for public schools, in line with federal recommendations intended to make the resumption of in-person schooling as safe as possible.

Toni Konz Tatman, an Education Department spokesman, said that the mask rule appeared to make a difference based on the experience of some districts. “We had a couple districts that opened before the regulation was passed and their number of quarantines was significantly higher,” she said.

Reopening schools has also been complicated by a shortage of personnel, especially substitute teachers and bus drivers, that was greatly worsened by rampant coronavirus infections and quarantines, Ms. Tatman said.

“Our districts are pulling in all the people they can, they really are exhausting every possibility they can, but when it gets to the point where they can’t pull it off they are closing,” she said.

For now, the hope of normalcy that many educators and parents had entertained has not come to pass, she said.

“I think a lot of people were hopeful that we could start the year differently,” Ms. Tatman said. “It’s just not the case.”